Warning: "continue" targeting switch is equivalent to "break". Did you mean to use "continue 2"? in /homepages/20/d408740925/htdocs/blog/wp-content/plugins/jetpack/_inc/lib/class.media-summary.php on line 87
 Selfridges Big British (Biscuity!) Bang Windows - Nikki McWilliams 
Warning: count(): Parameter must be an array or an object that implements Countable in /homepages/20/d408740925/htdocs/blog/wp-includes/post-template.php on line 284 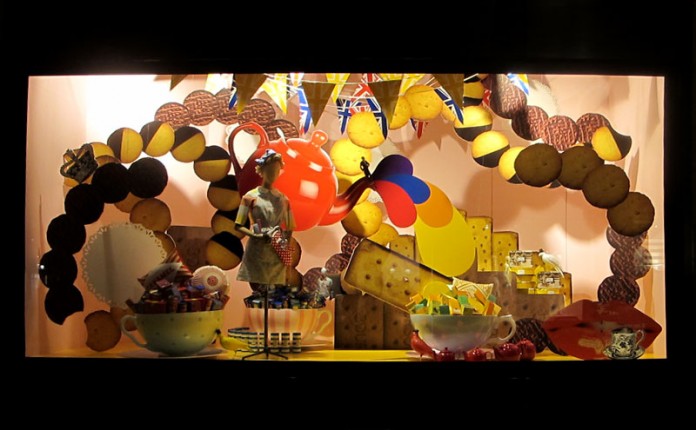 It’s been a bit of a busy week so far- so much so that I’m just getting around to blogging about my trip to London this weekend!  I was really excited about seeing some of my cushions featured in Selfridges‘ smashing Big British Bang windows- and we even managed to squeeze in some other fun stuff along the way too. (We saw the Hirst & Kusama shows at Tate Modern- I’d recommend seeing both!) 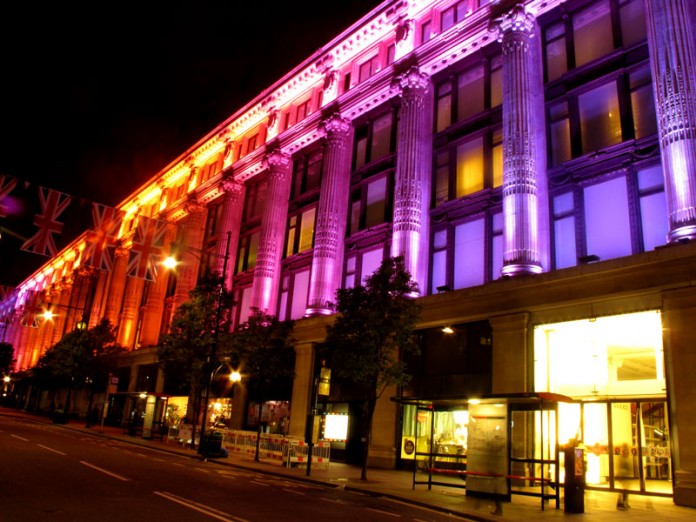 We arrived on Saturday evening- and caught Selfridges in all of it’s spectacular night-time glory.  I had no idea that the building was lit so beautifully after night fall (think rainbow-colour change!) so that was a treat in itself! 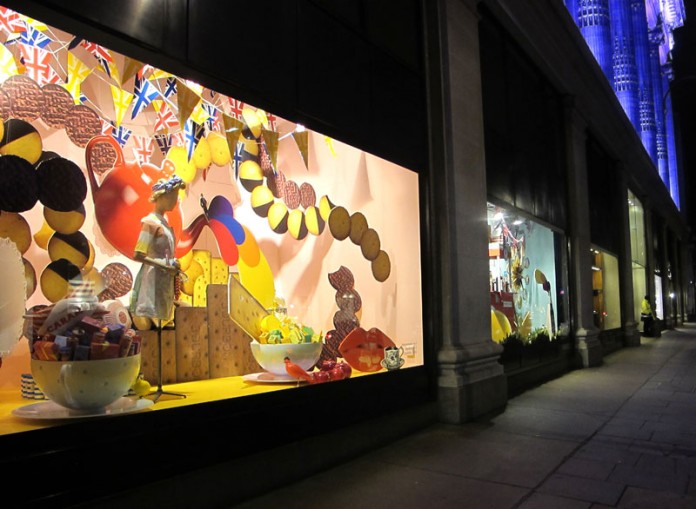 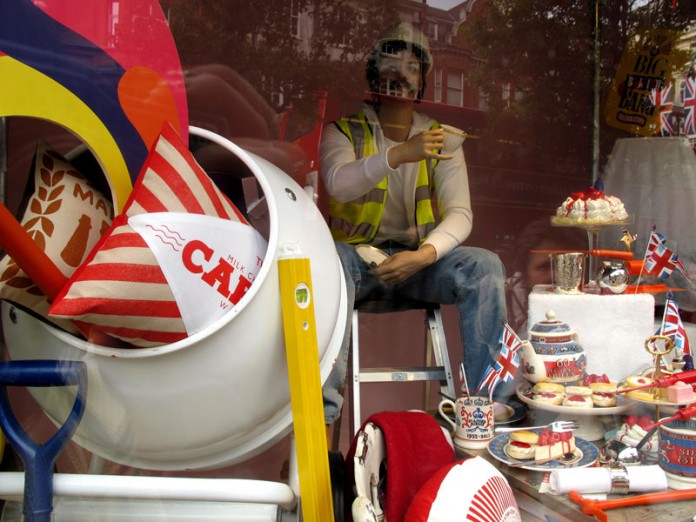 It was really great to see folks’ reactions to the windows and see them in person- they looked great!  The Builders Tea Party window (above) made excellent use of giant sugar cubes and some brilliant workmen mannequins complete with pointed pinkies!  The biscuit window in particular was so inviting, I think I could have climbed in and lived there quite happily (at least until the packets of biscuits had runout!)

The store itself looked wonderful inside (as always) and I’m just so pleased that my cushions have been able to be a part of it in a little way.  You can catch the Big British Bang windows at Selfridges on Oxford Street & Duke Street until the 9th of June 2012.

Here’s a few photos from my adventures in London at Top Drawer last week- after everything was set up I settled in nicely with my cushions (and some new pals from the surrounding stands) as company! It was great to meet some of my existing stockists and a few new ones too- so thank you to everyone who made…