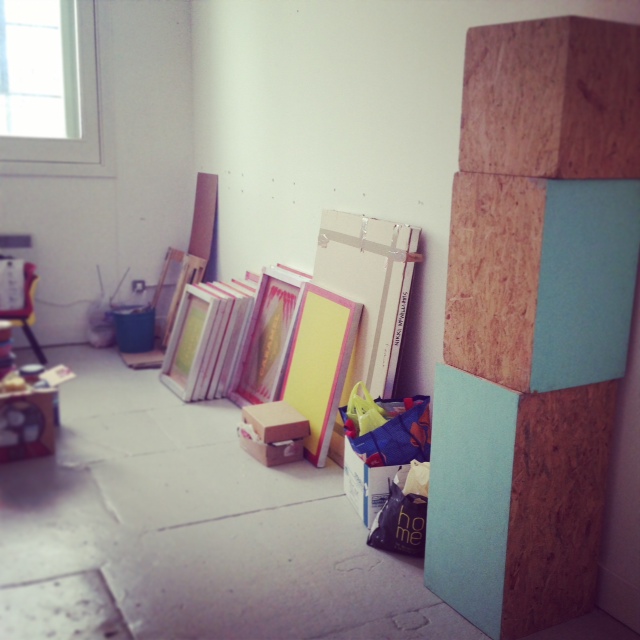 It’s been an emotional week.  We spent some time packing up the studio at WASPS Dundee, and handed in our notice. It’s been an incredible space to work in over the last few years and I’m so very grateful to have had the opportunity to be based there.  Dundee has a wonderful creative community and it’s been a pleasure to be a part of it- however we’re so excited about moving on to a new workspace- in the heart of central Scotland. We’ll be closer to Glasgow and Edinburgh- as well as our 2nd production studio in the neighbouring area. I’m looking forward to be able to streamline our processes and give myself more time for designing new things. Plus- there’s nothing like a change of scenery for a bit of inspiration! We’re in the middle of setting up our new studio workspace- currently it’s a white shell with a few desks (We’ll share some photos soon) However- probably the most exciting addition to our lives is….FRANKIE! 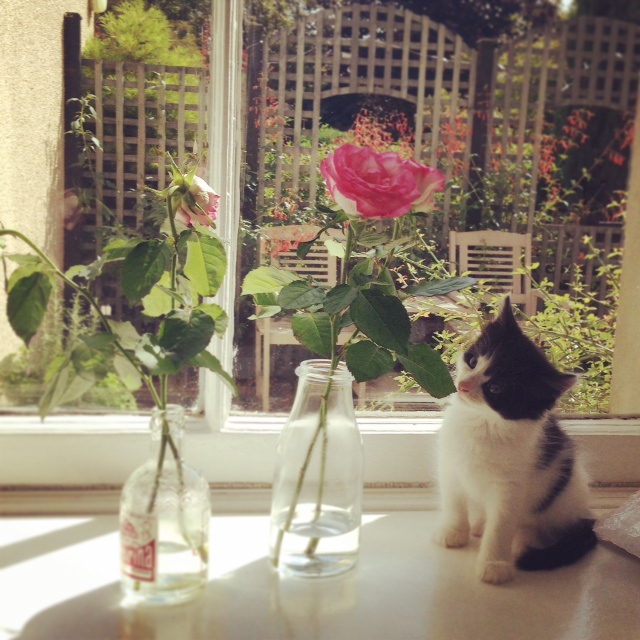 We brought Frankie home to live with us and share our studio space last weekend. He’s a Norwegian Forest Cat Cross and he’s settling in nicely!  He’s currently just 9 weeks old, being born on the 22nd of June, just outside of Edinburgh. So far he’s shown quite an interest in chewing paintbrushes and playing with a Cat’s Painting app for the iPad- so it’s looking like he’s going to be a fairly helpful studio cat!

We’ve spent the last few weeks also trying to squeeze in some decorating at our new place as well as doing some gardening! We’ve never had an outdoor space- so we’re trying to ease ourselves in gently with a little bit of pruning and potting up some plants. The previous owner of our house had the garden done (as a surprise!) by BBC’s Groundforce in the late 90’s. It’s pretty amazing- and definitely one of the reasons that we fell in love with the place earlier on in the year. I’m planning to do a few interiors (and exterior…as I couldn’t exclude the garden!) blogposts about moving into our new space to document our progress.

Has anybody got any good tips for moving into a new home? We’ll share ours over the next few months.

Well, refreshed and recharged, I am back! My cousin’s wedding was lovely and it was so nice to be there alongside relatives that I hadn’t seen in a really long time! Thank you to those who have placed an order from me while I’ve been away- I’m working hard to get the majority of these out today- so keep an…